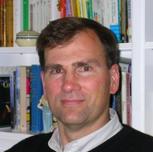 Prior to co-founding KME3, Rick served on the staff of Young Life for over thirty years in a variety of roles including Sr. Regional Director for Metropolitan Washington, and Vice President of Strategic Initiatives internationally. Rick led the largest and fastest rollout in Young Life’s history – the launch of a jr. high program that planted well in all fifty states and now has 1500 active chapters. He has consulted with nonprofit leaders in France, England, Germany, Canada and Italy, as well as across the U.S. Rick’s unique strengths are in growing things – people, companies, projects, and visions – Rick can take any idea to new heights!

Rick’s career accomplishments include developing strategies and metrics to double Young Life’s impact from reaching 1 million adolescents a year to 2 million. He also led the design of an alumni program that grew from zero to over 400,000 in just five years. Rick’s expertise is in training, strategic and entrepreneurial thinking, development, marketing and management.

Rick serves on the board of several foundations focused on impacting the Kingdom of God around the world. “Nothing fuels me more than helping people realize their God-given potential. As my mentor used to say, ‘That’s livin’!” When not working Rick can be found cheering on the Washington Capitals hockey team. “Let’s go Caps!!!”

Rick earned his B.A. from Denison University and M.A. from Fuller Theological Seminary. He resides in the Washington, DC suburbs with his wife Kris. They have three grown daughters and one grand-dog.

Return to "Our Bios"
View on Mobile